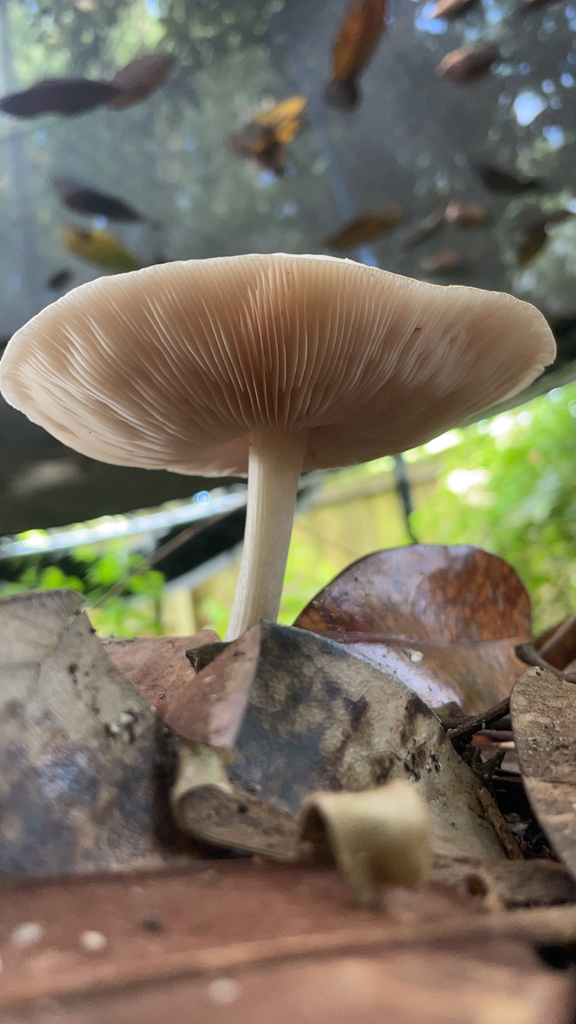 Pluteus cervinus, also known as Pluteus atricapillus and commonly known as the deer shield or the deer or fawn mushroom, is a mushroom that belongs to the large genus Pluteus. It is found on rotten logs, roots and tree stumps and is widely distributed. It can also grow on sawdust and other wood waste. Being very variable in appearance, it has been divided into several varieties or subspecies, some of which are sometimes considered species in