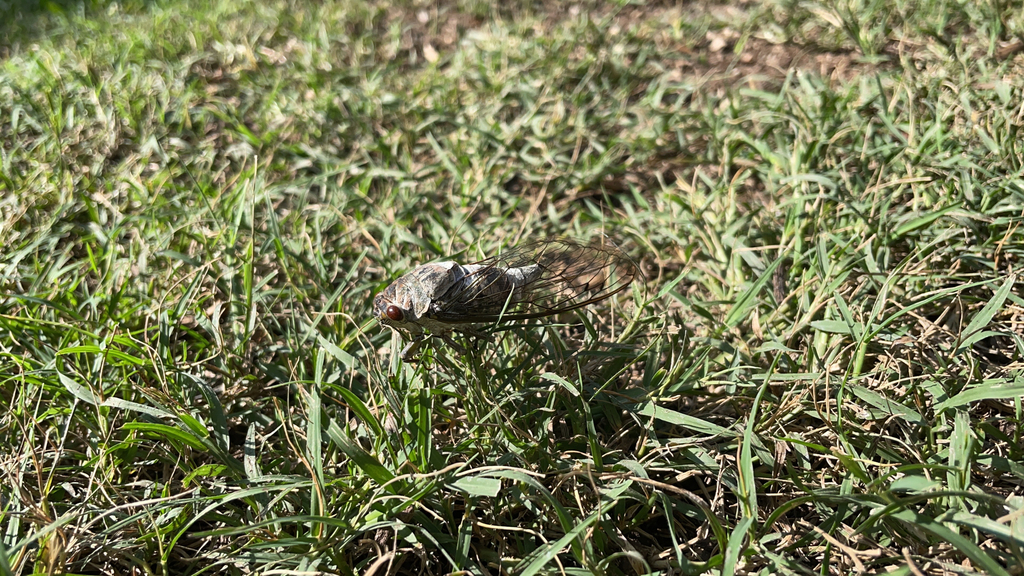 Neotibicen auletes commonly, but informally called the Northern dusk-singing cicada, Giant oak cicada, or Southern oak cicada, is a large bodied annual cicada which occurs in the eastern, central, and southern United States as well as southern Canada. This cicada is the largest cicada in the genus Neotibicen and the largest cicada in North America, north of Mexico. Despite its frequently used common name, this cicada is most abundantly found in the south.