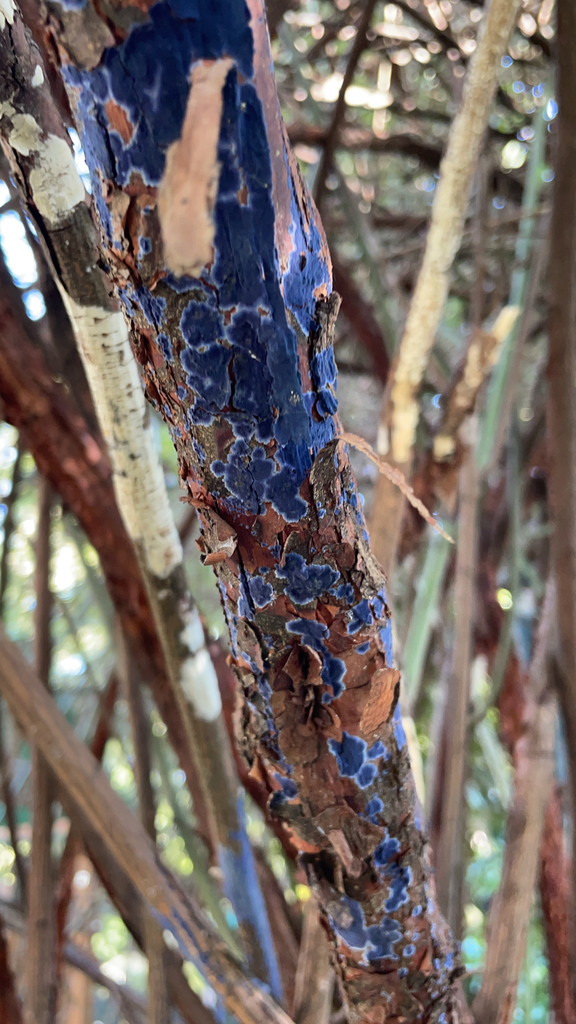 Terana caerulea (or Terana coerulea), commonly known as the cobalt crust fungus or velvet blue spread, is a saprobic crust fungus in the family Phanerochaetaceae. Usually found in warm, damp hardwood forests on the undersides of fallen logs and branches of deciduous trees, this unique fungus has been described as “blue velvet on a stick”. This species was chosen as fungus of the year for 2009 by the German Mycological Society.