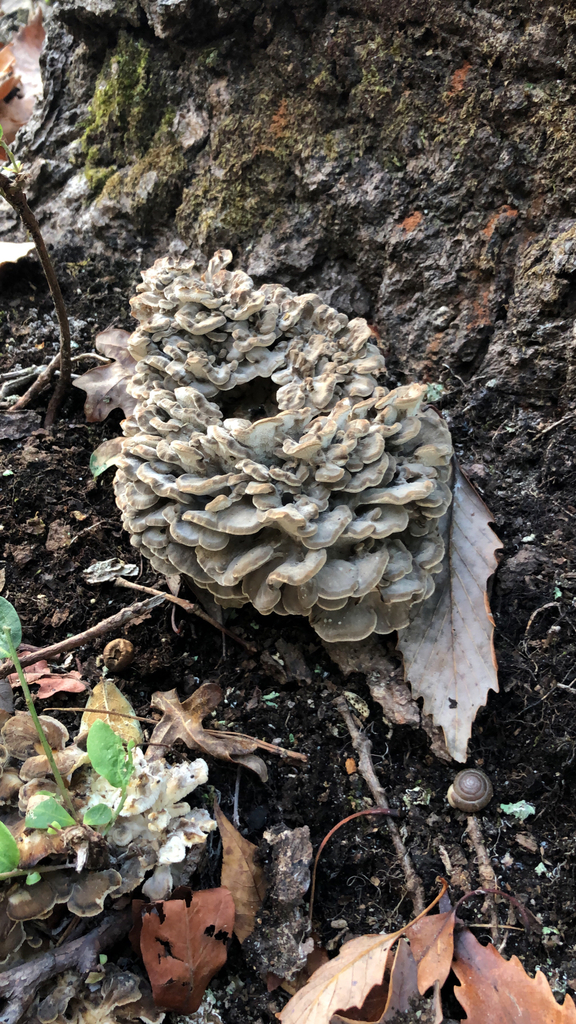 Grifola frondosa is a polypore mushroom that grows in clusters at the base of trees, particularly oaks. The mushroom is commonly known among English speakers as hen-of-the-woods, ram’s head and sheep’s head. It is typically found in late summer to early autumn. In the United States’ supplement market, as well as in Asian grocery stores, the mushroom is known by its Japanese name maitake (舞茸, “dancing mushroom”). Throughout Italian American communit

from Inaturalist Observations By https://www.inaturalist.org/observations/35922618