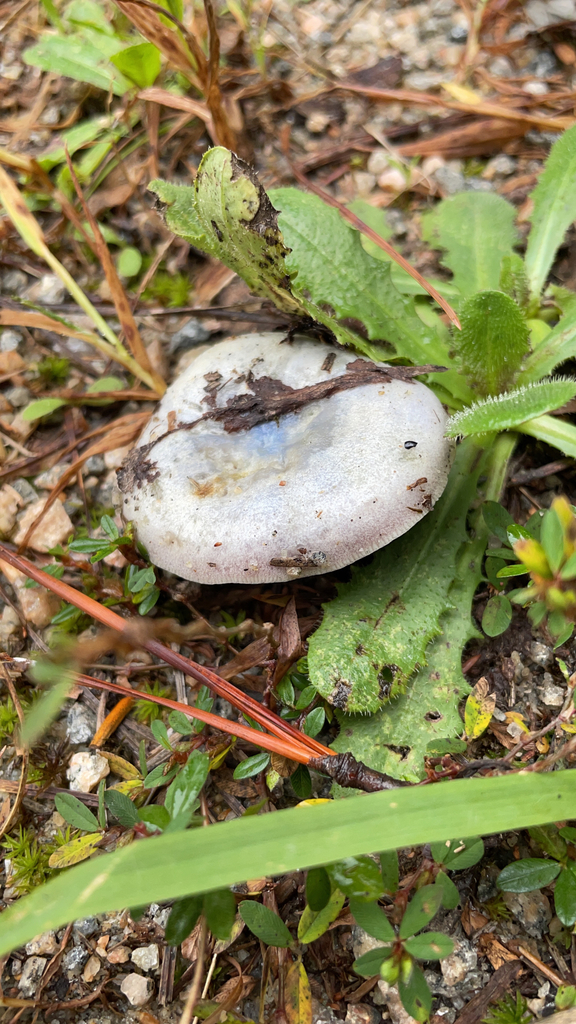 Lactarius indigo, commonly known as the indigo milk cap, the indigo (or blue) lactarius, or the blue milk mushroom, is a species of agaric fungus in the family Russulaceae. A widely distributed species, it grows naturally in eastern North America, East Asia, and Central America; it has also been reported in southern France. L. indigo grows on the ground in both deciduous and coniferous forests, where it forms mycorrhizal associations with a broad range of