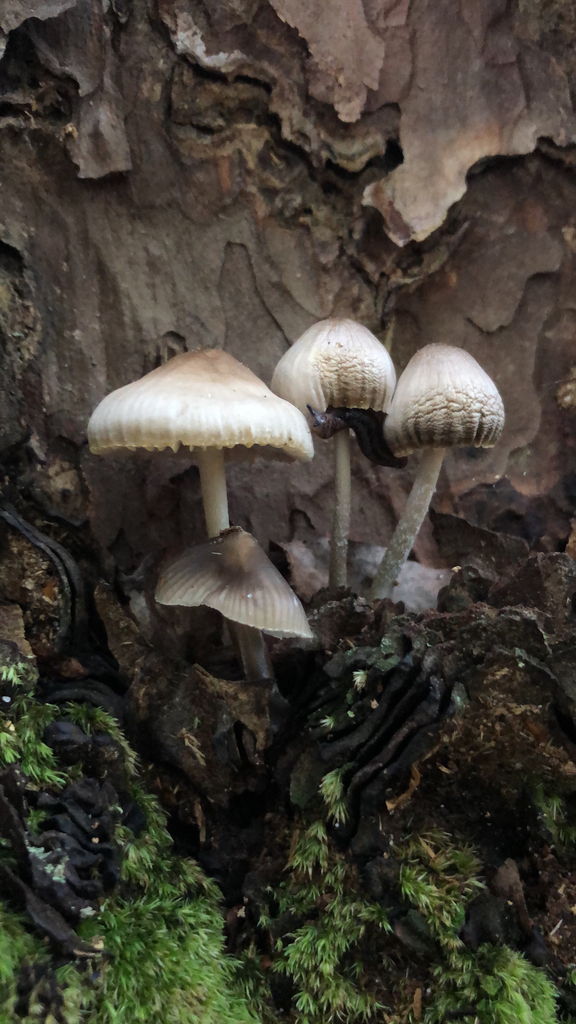 Mycena galericulata is a mushroom species commonly known as the common bonnet, the toque mycena, or the rosy-gill fairy helmet. The type species of the genus Mycena was first described scientifically in 1772, but was not considered a Mycena until 1821. It is quite variable in color, size, and shape, which makes it somewhat difficult to reliably identify in the field. The mushrooms have caps with distinct radial grooves, particularly at the margin.